The Lifestyle of First Fruits 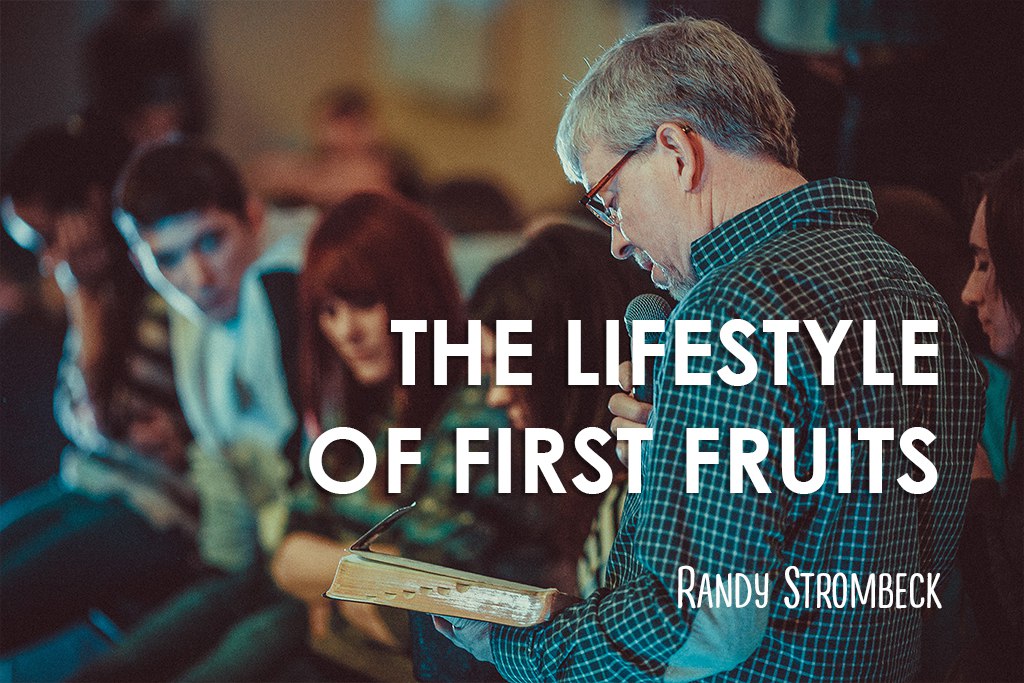 14 Jan The Lifestyle of First Fruits

There are two aspects of first fruits. One is chronological, which is the first part of each year and the other is a lifestyle. I want to focus on the yearlong lifestyle. I just got back from a trip with one of my Spiritual Fathers. I was with him for January 1-3, 2016. I set aside the first 3 days of the year to be with him. I paid my own way, took care of myself because I was sowing into him in order to help him and his ministry.

On the second night I was on the platform praying with him over the offering and he put the mic in my face. He asked me to keep praying and then explain what I meant. I started to talk about the first fruits offering and also the “Lifestyle” of first fruits which is all year long.

I also began to explain how the Lord showed Corey many years ago to start giving based on what HE, the Lord, said that He wanted us to make and to do it in advance. Before we ever made any money, usually January 1st, we give our first fruits offering to the Lord. This is in obedience to what the Lord has shown us that He wants us to make in the year to come. The Lord has blessed this for many years. When we were in our late 20’s and 30’s we started doing this and we were able to increase our income, pay off credit card debt, pay off cars and even a house after several years. We have even seen enormous, even unpayable amounts of debt simply cancelled. This is what I call supernatural favor. All from obedience to the voice of the Lord. This became a lifestyle and let me explain what I mean by lifestyle.

For us giving is not an event, an obligation or a law but a lifestyle that we decided we wanted to fully participate in, all the time. It is a spirit of liberality and freedom that comes from our heart and is reflected through us giving of our money, love, time, all of our resources. We realized that everything that we are and everything that we have is the Lord’s and He can have whatever, whenever He wants. By this we place more value on the Lord than on any resource that we have, including money.

The first fruit lifestyle is ALL about the heart. It is the BEST portion and FIRST of whatever you have, (time, money, love, resources, energy etc.), it is set aside as holy unto the Lord. It is not about a certain amount or simply a percentage.

This lifestyle is supposed to last throughout the year, not just an offering only at the beginning of the year. We literally we give our BEST and first portion to HIM, the Father, all the time. We are to know our source and understand that we are simply stewards of everything that HE has given us.

Our heart is to be fully turned toward Him and all our desires are toward Him. Everything we have is His, everything we are is His, He can have all of us and all we have. Corey and I looked back on our over 30+ years of marriage and discovered that we have never given less than 20% of our income away and even one year as much as half, because we were just being obedient to the Lord. This is not to brag but it is just to show you where we are. Even when we did not have any money or went through a season of really struggling financially, there was never a question of if we would we give or not. It became a lesson in trust. Do we trust the Lord or not.

A good friend of mine named Kamran Yaraei pointed this Scripture out to me and then the Lord also started to speak to me about it. In Genesis 4 the story of Cain and Abel is very well known but I want to use it as an example of what first fruit means and maybe the affects.

2 Later she gave birth to his brother and named him Abel. When they grew up, Abel became a shepherd, while Cain cultivated the ground.

3 When it was time for the harvest, Cain presented some of his crops as a gift to the Lord.

4 Abel also brought a gift-the best of the firstborn lambs from his flock. The Lord accepted Abel and his gift,

5 but he did not accept Cain and his gift. This made Cain very angry, and he looked dejected.

6 “Why are you so angry?” the Lord asked Cain. “Why do you look so dejected?

7 You will be accepted if you do what is right. But if you refuse to do what is right, then watch out! Sin is crouching at the door, eager to control you. But you must subdue it and be its master.” NLT

Cain was given authority over the ground to cultivate and Abel was given authority over the livestock. Both were given this by their father and they knew the Lord, otherwise there would be no need for an offering. Adam and Eve were not involved in the offering. Each of the sons gave from the produce of what was theirs. Cain and Abel did not have a stated model to follow in giving, it simply came out of their heart I believe. Even though Cain was the first born man on the entire earth he did not value the principle of first fruits or God the Father highly enough, so he gave just a normal portion of his crops. Able gave the best and first portion (first born) of his livestock. The only difference that I can see in their offerings is one was the best (first) portion, one wasn’t.

These offerings from Cain and Abel were not offerings for sin, they were just offerings. It was before the law was established by the Lord in order to atone for the sins of the people. The sin offering in the Old Testament required that blood be sacrificed. This cleansed them under the law and it also showed us what Jesus would do for us on the cross. I don’t think that blood was required by Cain because it was before the law, just like we are not required to sacrifice blood after the law was fulfilled. The Hebrew word used when Cain gave his offering was Periy which means to bear fruit. It also uses the word Minchah meaning to apportion, bestow, donate, tribute, specifically a sacrificial offering (usually bloodless and voluntary).

In Hebrews 11:4 it says “By faith Abel offered to God a better sacrifice than Cain, through which he obtained the testimony that he was righteous” The word better is translated from the Greek work Pleion, which means more in quantity, number or quality. The major portion. Nothing speaks about shedding blood or not. It is simply saying it is a bigger, better, higher quality offering. A more excellent portion.

In verse 7, God out of his mercy and love gave Cain an opportunity to fix the problem, to do what was right and go and get the best or first fruits of his ground. If he would have obeyed, he would have been accepted, but he did not. His rejection, anger and pride was too great and he ended up walking away and killing his brother. What was meant to bring blessing to Cain, brought a curse to him, because of the condition of his heart,

I believe that now is the time for many of us to begin to be healed in this area. There are many people that have unfortunately experienced this. They have given and given and seen nothing or very little results from their giving.

We have been given total authority over our resources, time, money, energy and yet through ignorance, misuse, pride, manipulation or greed we have at times gone the same way as Cain did. What God intended to bring us prosperity or provision through ended up hurting us. It has at times caused anger, resentment and jealousy because we have not seen it work. Like Cain, many of us have even figuratively spilled blood on the very thing that was given to us by the Lord to bless us (our ground). We simply need to repent, forgive those that have wounded us in this area, put our value and affections back in proper order, which is totally directed toward the Lord, and move forward in obedience to the Lord. This principle of first fruit works, period. We have to understand it and then walk in it. It is about the condition of the heart more than what is given. The Lord is trying to get us to value HIM more than anything and everything. Tithes, offerings, giving, investing into the kingdom are just some of the ways that we show our value and love unto the Lord and his people. If we only see these ways as an obligation or a law, then I believe we will miss the intent of the Lord and will have a tendency to always see this issue through the filter of our own experiences or past wounds. We should not give as a result of compulsion, obligation or manipulation but rather out of obedience to the Lord, with a foundation of Love underpinning everything. This can bring incredible blessings and favor to our lives.

There are many places in the word that this principle is taught.

In Deuteronomy 26:1-3, it speaks of prophetically declaring, possessing and living in the lands that the Lord has given us.

“Then it shall be, when you enter the land which the Lord your God gives you as an inheritance, and you possess it and live in it,

3 “You shall go to the priest who is in office at that time and say to him, ‘I declare this day to the Lord my God that I have entered the land which the Lord swore to our fathers to give us.’ NASU

In 2 Kings 4:42-44 multiplication of food takes place because of obedience to revelation through the prophet.

“42 Now a man came from Baal-shalishah, and brought the man of God bread of the first fruits, twenty loaves of barley and fresh ears of grain in his sack. And he said, ” Give them to the people that they may eat.”

43 His attendant said, “What, will I set this before a hundred men?” But he said, “Give them to the people that they may eat, for thus says the Lord, ‘They shall eat and have some left over.'”

44 So he set it before them, and they ate and had some left over, according to the word of the Lord.” NASU

It is woven in from Genesis to Revelation. This principle was established by the Lord himself. In 1 Corinthians 15:20-23 it says that Christ is the first fruits of being raised from the dead so that we all may live. The Father himself practiced this and gave his best for us, first.

This year we are walking into is going to be extraordinary. EVERYTHING is changing, it needs to.

Give your best and first to Him AND to one another (which is the next aspect of this).