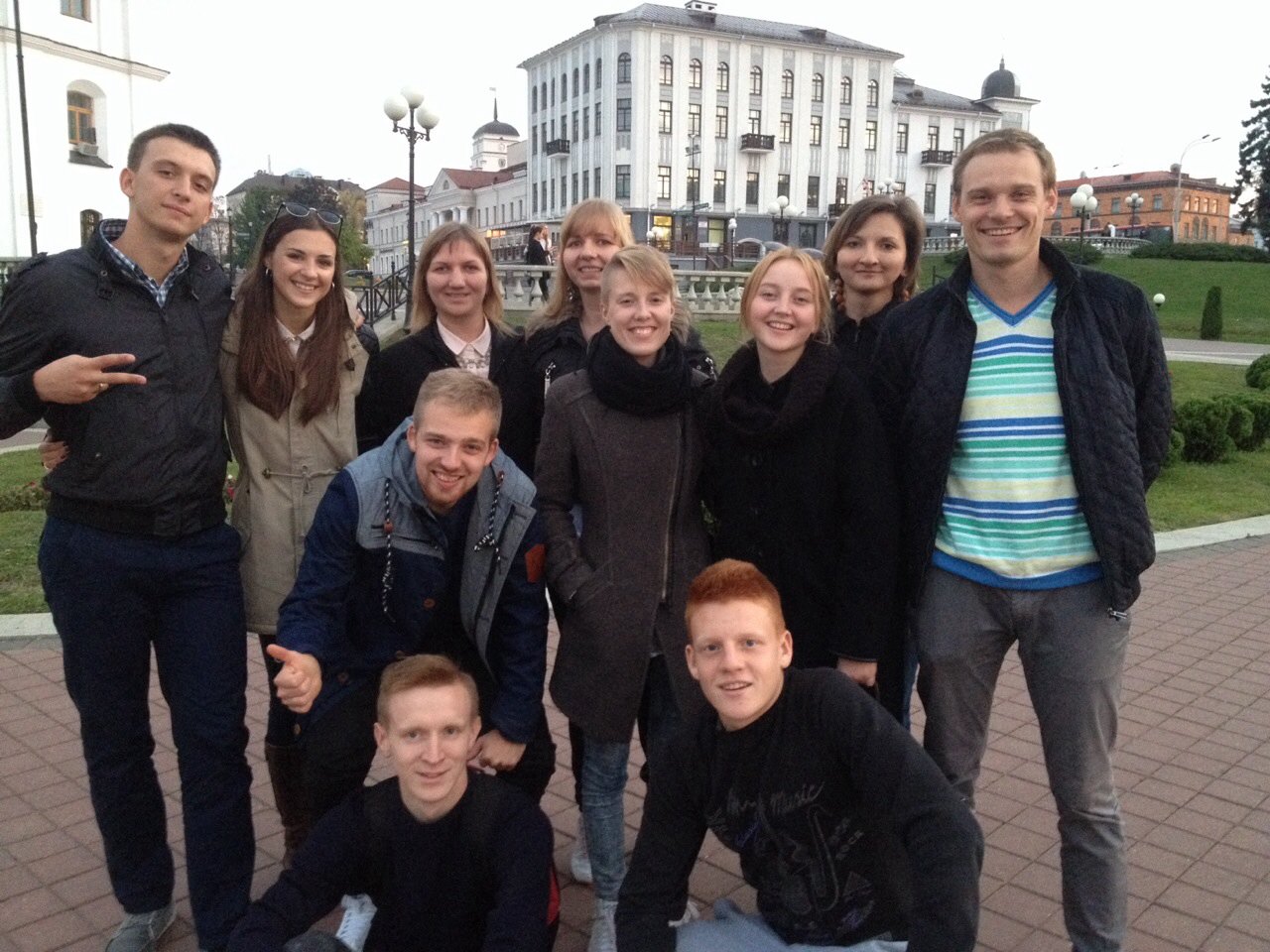 Posted at 14:30h in Core Trips by Viktor
Share

Belarus… Some have heard a lot, and some have heard a little about this country. The thing of most value in such a close, and at the same time, faraway country is people. If you meet them once, your world will never be the same. From the outside, they are not different from us Ukrainians—except that they have more “white hair” and “fair hair” people. The wealth that is hidden inside of every person is hard to estimate. We can constantly admire their thirst for God. And what funny and great jokes Belarussians have!!! Their openness and simplicity conquered our hearts! They were really expecting our arrival. They invested a lot of strength and finances to make our stay in Minsk homey, satisfied with food and comfort.

They have a young and not really big church. The guys and girls invited their friends from other churches for our meeting, so we all could be together. Everyone present was soaking up the words of grace like a sponge—people are tired of religion, and they want freedom. They are really thirsty and looking for God, His heart and love.

We were talking a lot about the Father’s love and about sonship. It was said that these guys and girls were key people, who will change everything in their country. God came to our meetings powerfully, and we had a special time when all the people present were ministering and releasing God’s Kingdom into each other’s lives. The air was soaked with God’s glory and love.

This is part of what Vadim was talking about: “God wants to do something special here. And we should devote time, prayers, emotions, thoughts, and ourselves completely to that—to God’s movement. It will not be shown in the revival of million souls getting saved at once. It is quite different. God will be using you as key people in different places, so that you gather other key people [who are] not in your churches. Listen—not to be at your place! You don’t need them! Love these people, be with them, but don’t capture them. Take them into the Father, into the love of the Father. Lead them and take them home. When the father was waiting for the prodigal son, he was not waiting for him to tell him about some rules that the son forgot, nor [was he waiting] to teach him, nor to mentor or reprove. He was not waiting for him to say that. He was waiting for the son—to take him back into His love . . .”

The time with a new family flew fast. No one wanted to leave this wonderful and hospitable home, where new friends accepted us with warmth. The blood of Jesus Christ joined us into one. And it was not us who brought Koinonia to Belarussians; they gave it to us. They didn’t want us to leave and wished us to be late for the train. The time was dragging; they were feeding us and gave us a bag of delicious Belarussian stuff.

These new relationships were worth spending our time, strength, and money on. Our world became brighter and juicier. We became richer!!!