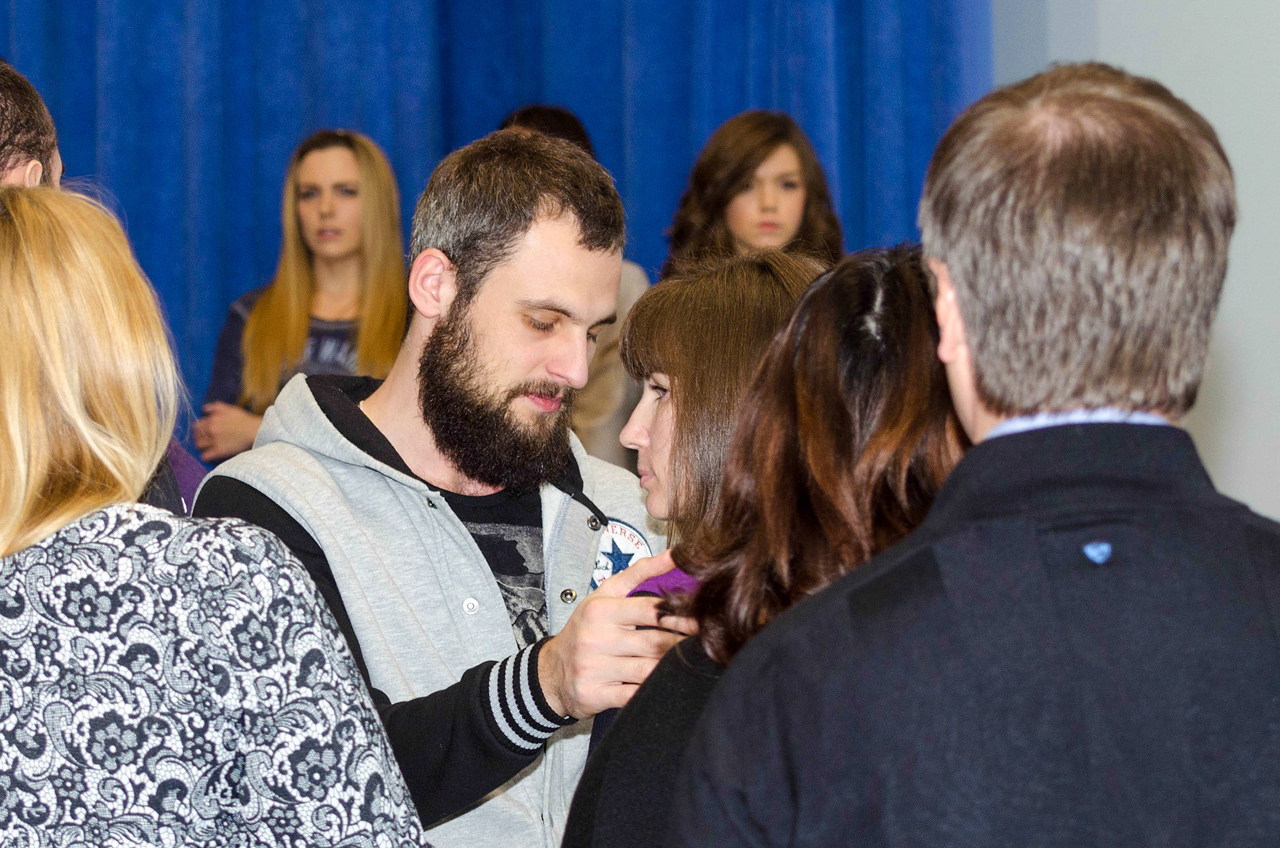 Posted at 20:20h in Core Trips by Viktor
Share

We spent wonderful weekends in Cherkasy in the Truth church. We had fellowship with the youth and ministered to the whole church on Sunday. The main thing that was happening was that we allowed the Spirit of God to do His work. A really strong unity of family was released. We felt that the renovation, renovation of the spirit, strengths and especially of courage was happening.

We asked the pastors for their response 😉

Pastors liked this time a lot. Pastor Sasha said that it was a really powerful trip, the best trip out of all our trips, though he hasn’t heard much about the previous trips 😉 Also he said that “we (youth) found our way to release what we have, as if took our niche.”

Pastor Nadya said that they were really glad when youth ministered. When she was sharing her response, we could feel as she was even prophesying to us, she said she was glad that we honored churches, people and pastors. She said that it was important for us, koinonia, to minister in churches, carry this understanding that koinonia and church are not some separate things. She said that a lot of things came through us and would come more. Pastor Nadya felt that particularly in koinonia God would heal five-fold ministry strongly, and having such koinonia, having such relationship five-fold ministry would come to its fullness. She said that they wanted even more worship and pouring of the Spirit, as if everything was coming to the end, but the Holy Spirit was acting really strongly at the end, the feeling was as if everything had just started, though that was the end of the service.

They were really satisfied with everything!