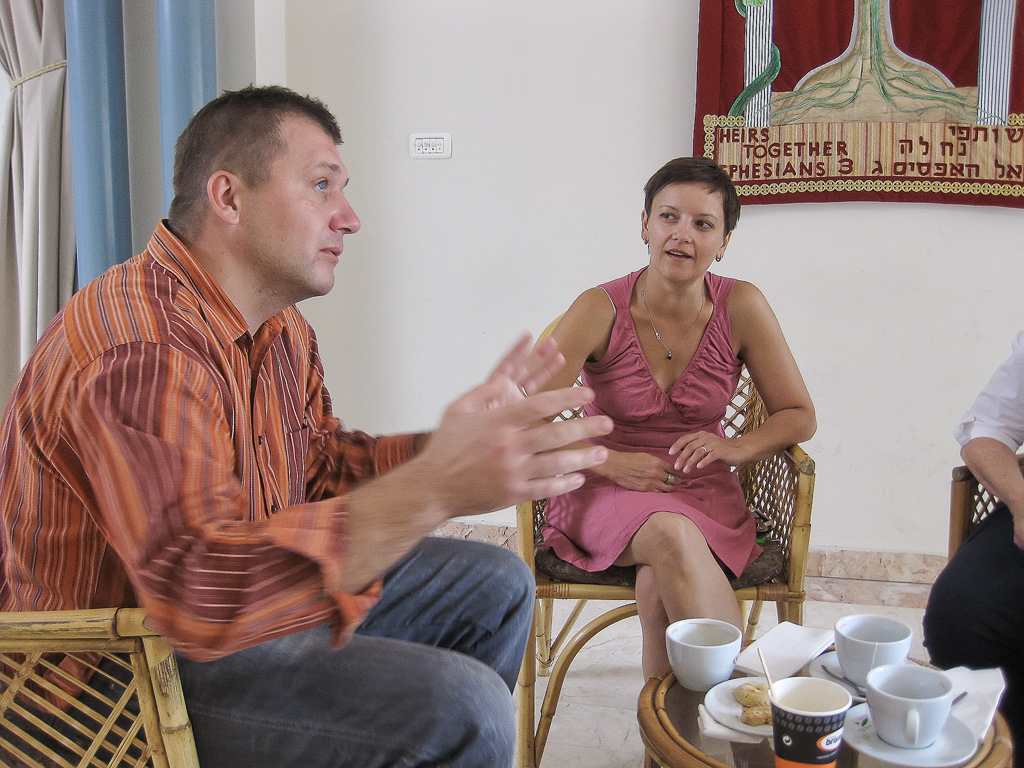 Posted at 13:09h in Rick & Bette Strombeck by Viktor
Share

In Haifa, you can see the port below this famous park!

We took the train up to Haifa, where we felt a tremendous freedom in the air. On top of Mt. Carmel, we stayed in an old Monastery, where women had prayed for many years. It has not been turned into a drug rehab center. Men of all Christian faiths or no faith are redeemed and restored here. We met the leaders and the guys, and taught in their Bible school one morning. As you see, they eat outside as it seldom rains. In nine years, they have started about 7 churches here, based on the men who are transformed. It’s a great ministry. All Christian churches are flourishing in Haifa, unlike the rest of Israel.

This beautiful building is in Jaffa, the first Christian community to be established when Zionism was re-established and Jews began to come back to their land.

Vasili and Julia who now help administer this place met us in Kazan, Russia in 1996. They tried to have children in Russia and in Ukraine. They had two babies but they died. They could not figure out why but continued to trust the Lord and after they moved to Israel the Lord blessed them with three healthy children. God is so faithful! This building is now a Christian hotel for small groups. There are rooms for prayer even on the house top.

We look forward to sharing the rest of our story with you in our next E letter! May you be abundantly BLESSED in all your ways!